If peers are running on a computer located behind a router doing NAT, or behind a firewall, they may not be able connect directly to each other. A peer behind NAT or firewall can typically connect out to the Internet, but cannot receive connections in through the NAT router or firewall (unless explicitly configured to allow inbound connections). 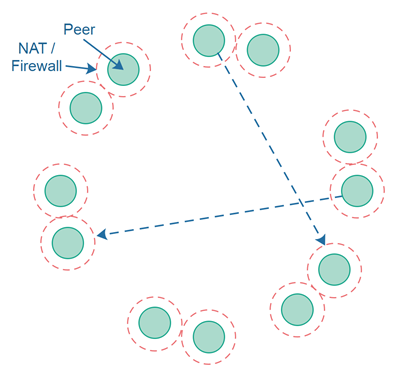 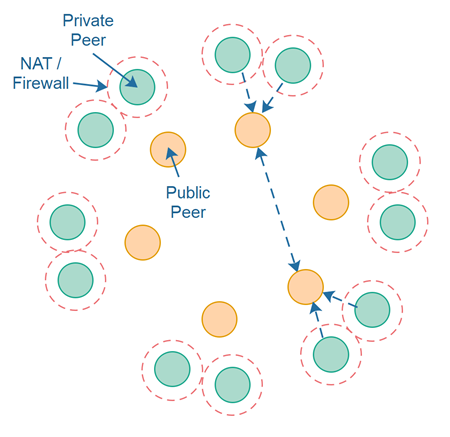 It can lead to a bad user experience if a P2P network fully depends on public peers provided by the users themselves. The challenge is, that you cannot control how many users that are public - meaning how many users that join the network that are not behind NAT or firewall. If the network only contains a few public nodes, these public nodes becomes bottlenecks - congestion points, in other words.

A solution to this problem is for the creator of a P2P application to host a certain amount of public peers themselves, to make sure there are enough to provide a good user experience. Granted, this means that the system does not fully depend on the user bandwidth and CPU, but if the alternative is that the P2P app feels slow and laggy, it may be worth it to host a number of public nodes yourself.