Micro batching is a technique where incoming tasks to be executed are grouped into small batches to achieve some of the performance advantage of batch processing, without increasing the latency for each task completion too much. Micro batching is typically applied in systems where the amount of incoming tasks is variable. The system will grab whatever incoming tasks have been received and execute them in a batch. This process is executed repeatedly.

Here is a video version of this tutorial:

The Latency vs Throughput Trade-off

Latency is a measure of time delay in a system. In a client - server system latency can mean several things. The network latency is the time it takes for a message sent by the client until it reaches the server. The server latency is the time it takes for the server to process the request and generate a response. Both types of latency are illustrated below: 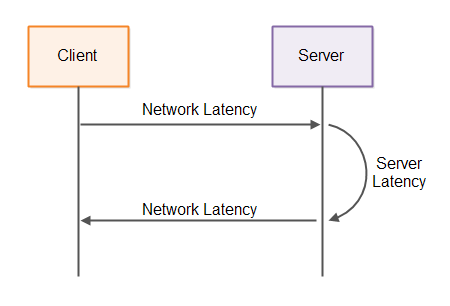 The throughput as seen by the client means how many requests per time interval that particular client can send and receive responses for. Both types of throughput are illustrated below: 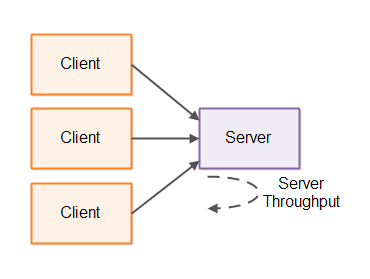 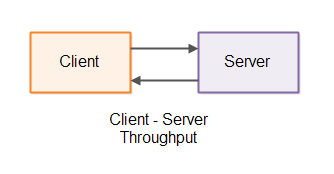 Batching is a technique to increase the throughput of a system. Instead of executing each task separately, the tasks are grouped into big batches and executed all together.

Batching makes sense in situations where the overhead associated with executing each task is high - if that overhead can be reduced by batching execution. To see how, let is look at an example:

Imagine a client has 10 requests it needs to send to the server. The client can send 1 request at a time, receive a response and then send the next request. The total time it will take to process those messages will be:

If instead the client sends all 10 requests in a single message to the server, and the server processes them all sequentially, and sends back 10 responses, the total time it will take to process those requests will be:

The disadvantage of batching is the time it takes to collect the tasks to batch. If it takes the client 2 hours to collect those 10 tasks, then the latency of the system as a whole has become quite high. The first task needs to wait 2 hours before there are enough tasks to send a batch, meaning it will take 2 hours from the first tasks is collected until the client gets a response for it.

Similarly, once the batch is sent it takes the server 10 * server latency to process the batch. This further increases the latency of the first request, since it has to wait for all 10 requests to be processed before a response is received for the first request.

As you can see, batching is a technique that increases throughput but which also increases latency.

Micro Batching to the Rescue

Micro batching is a variant of batching which attempts to strike a better compromise between latency and throughput than batching does. The way micro batching does this is by waiting short time intervals to batch up tasks before processing them. I refer to this interval as a batch cycle. This short batch cycle principle is illustrated here:

How long the duration of a batch cycle should be depends on the system. For some systems 1 second might be sufficient. For other systems 50 - 100 milliseconds might be fine. And for other systems even less.

For systems that require low response time, even a 50 millisecond batch cycle duration can be too long. Such systems might need to use a variable batch cycle length instead.

To achieve lower latency, yet allowing for micro batching to happen, you can loop over the input channels (inbound network connections, directories etc.) and check them all for incoming tasks (requests, messages etc.). Whatever tasks you find you execute in a micro batch. Each iteration through this loop becomes a single batch cycle.

Writing data to disk usually comes with a significant overhead. If your system needs to write a block of data to disk for each task executed, the total overhead can be significant. 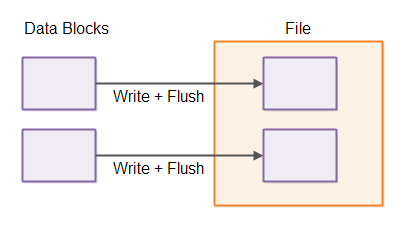 If you batch up the writes and thus only write the combined block of data to disk, the overhead associated with writing a larger block of data is usually smaller than the combined overheads of making the writes individually. The result is a system which can handle larger throughput (more data written per time unit). 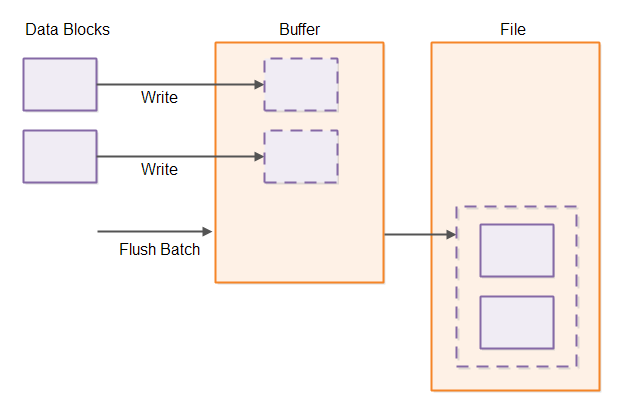 When threads communicate they usually do so via concurrent data structures. An often used structure for this purpose is a concurrent queue. This is illustrated here:

Reading and writing elements in a queue one element at a time is often associated with a higher overhead per element than when reading or writing batches of elements. You can read more about that in my tutorial about the Java Ring Buffer. Ring buffers can also be used as queues. Sending batches of messages via queues is illustrated here:

Inter-process communication is in many ways similar to inter-thread communication. When processes communicate there is often an overhead associated with sending data outside the process - for instance to disk, unix sockets or network sockets. Therefore it can be beneficial to batch up data sent outside a process to minimize the overhead per data block (e.g. per request, message, task etc.).

I have already earlier in this tutorial explained how batching can help in a client-server scenario, which is a common case of inter-process communication.

The single-threaded server architecture is regaining popularity these days because of its very simple concurrency model (everything runs in the same thread), and therefore its ability to utilize the CPU caches better in many cases than multithreaded concurrency models. This is also mentioned in my tutorial about concurrency models.

Using a micro batching design in a single-threaded server makes it easier for other parts of that system (running inside the same server) to also use micro batching. 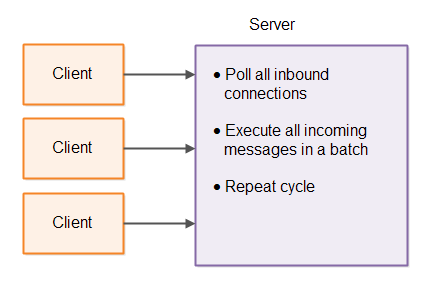