The basic concept of joining streams means that you read messages from multiple streams and join these messages together. For example, imagine you have one data stream containing update events for customer updates, and another stream containing update events for customer contracts. When you receive an update to a customer, you may want to lookup all the customer's contacts and do something with them. For instance, you might attach the contracts to the customer object and forward that enriched customer object onto another data stream. Or, say the customer's marital status changed from married to single, perhaps you would like to check if their contracts should be changed accordingly.

When processing a data stream you process one message or record at a time. You do not have access to any previous records in that data stream, and not to any future records either. Thus, in order to be able to locate records from another stream, the messages of that stream must be stored in some kind of data view.

A data window keeps a window of records in which records can be looked up. A data window is typically limited either by time, by number of records or other storage constraints. Time is typically used when it is expected that the records in the two streams are expected to arrive close to each other in time. Then the records in one stream can be stored in a window e.g. 5 minutes or 30 minutes (or whatever time window fits your use case) until the record in the other data stream arrives.

Combinations of Windows and Tables

Data windows and tables can be combined. A data table can be put together from only a window of records. When a record gets "too old" to be in the window, it is removed from the table again.

It is also possible to build data views using other data structures like a tree or graph from the records in a data stream or data window. It all depends on what your needs are.

Sometimes you may want to forward a record from one data stream which has been joined with a record from another data stream. By forward I mean write the joined record out onto another data stream for someone else to consume. By joined I mean that either the one record has been inserted into the other, or a new record has been created which contains the joined information from both records. Both of these options are illustrated here: 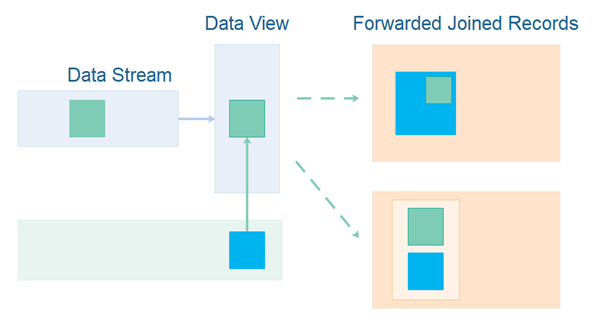 Once you forward joined records, there are a few issues that will affect the correctness and performance of your system. I will get into these issues in the following sections.

The timing of the arrival of records in the input data streams affect how the joined records look when processed or forwarded. Here is a diagram illustrating how the difference in timing affects the joined record of two input records: 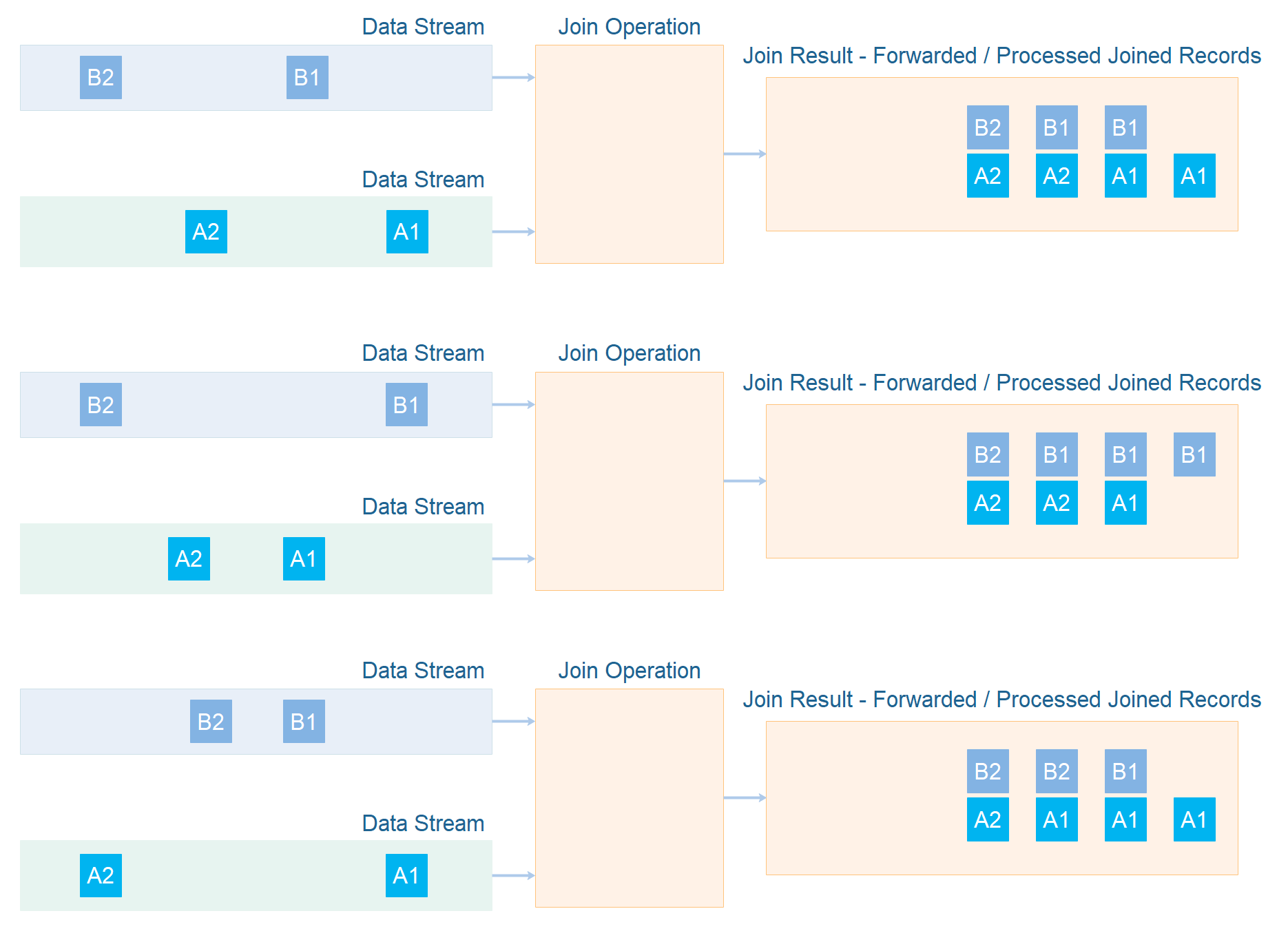 The records A and B are updated 2 times each. These two versions are noted as A1, A2, B1 and B2. The number represents the version of the record. Notice how the timing of the arrival of A1, A2, B1 and B2 affects how the joined record looks when processed or forwarded. The diagram shows 3 different timing permutations, and the joined results look different in each case.

If your data streams are scaled horizontally (scaled out), joining records will be somewhat harder. In this section I will try to explain to you why that is.

When a data stream is scaled horizontally the records in the data stream are partitioned across different computers. In order to join two records, either the records must be partitioned onto the same computer, or your join operation must know how to lookup a record that is stored on another computer. Both options will be explained in more detail in the following sections. 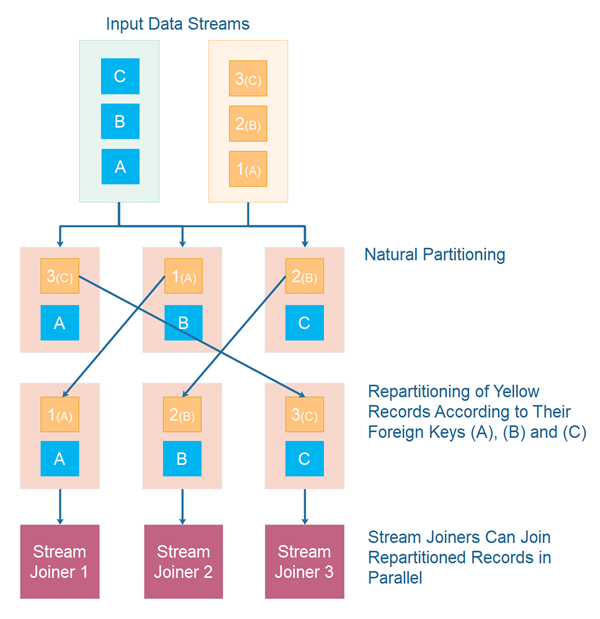 Notice, that repartitioning of records lowers performance of the full record processing chain (AKA graph or topology). Repartitioning also creates an extra copy of the repartitioned records.

Remember, that the data view built up from the records is kept inside the record joiners, and not on the computers containing the raw records (the data streams).