With more virtual threads running you can do more blocking IO in parallel than with fewer platform threads. This is useful if your application needs to make many parallel network calls to external services such as REST APIs, or open many connections to external databases (via JDBC) or similar.

Java virtual threads are still a preview feature in Java 19, meaning their implementation and the API to create them may still change. Also, you need to switch on Java preview features in your IDE to use them!

If you prefer video, I have a video version of this Java virtual threads tutorial here: 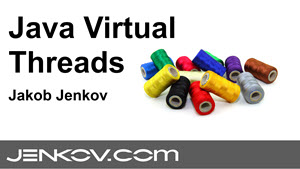 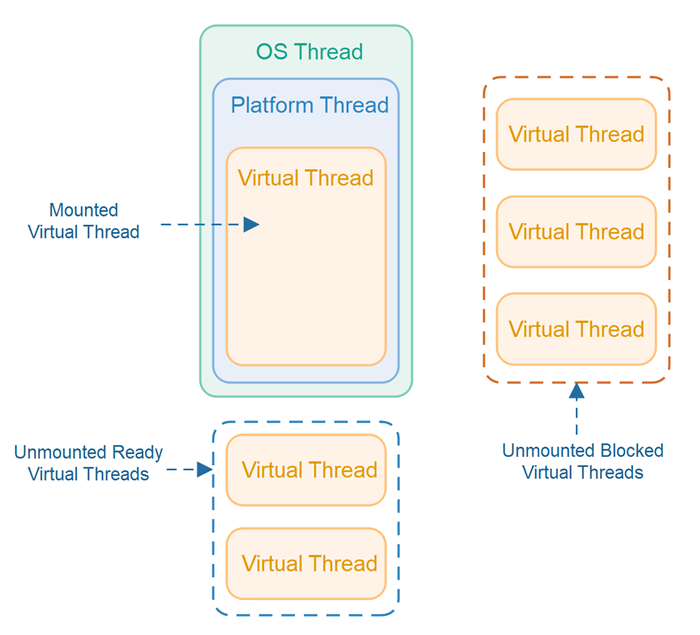 No Time Slicing Between Virtual Threads

Which situations unmount and pin a virtual thread may change in future Java versions, so you need to keep an eye on how that evolves with new Java releases.

To create a new virtual thread in Java, you use the new Thread.ofVirtual() factory method, passing an implementation of the Runnable interface. Here is an example of creating a Java virtual thread:

This example creates a virtual thread and starts it immediately, executing the Runnable passed to the start() method.

If you do not want the virtual thread to start immediately, you can use the unstarted() method instead. Here is an example of creating an unstarted virtual thread:

To start an unstarted virtual thread you just call the start() method on it, like this: