If you prefer video, I have a video version of this tutorial here: Single-threaded and Same-threaded Designs 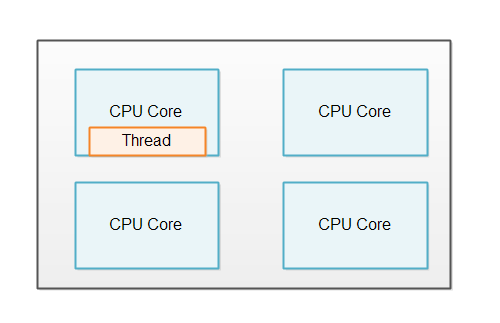 In order to utilize all the cores in the CPU, a single-threaded system can be scaled out to utilize the whole computer.

One Thread Per CPU 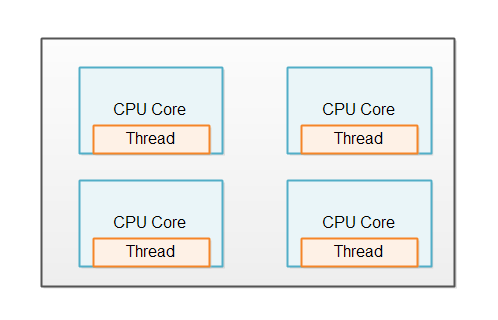 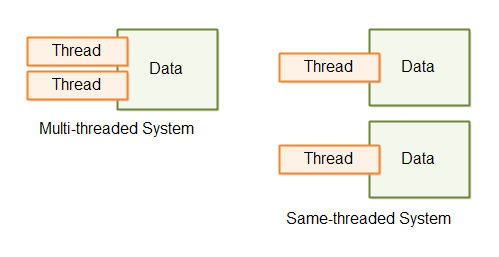 Exactly how you distribute the load over the different threads depend on the design of your system. I will cover a few in the following sections.

Microservices do not share any data by nature, so microservices is a good use case for a same-threaded system.

If your system does actually need to share data, or at least a database, you may be able to shard the database. Sharding means that the data is divided among multiple databases. The data is typically divided so that all data related to each other is located together in the same database. For instance, all data belonging to some "owner" entity will be inserted into the same database. Sharding is out of the scope of this tutorial, though, so you will have to search for tutorials about that topic. 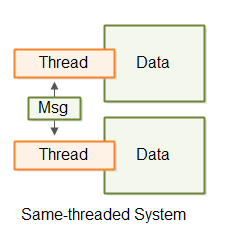 Each system running in its own thread in same-threaded system can be implemented as if it was single-threaded. This means that the internal concurrency model becomes much simpler than if the threads shared state. You do not have to worry about concurrent data structures and all the concurrency problems such data structures can result in.

Here are illustrations of a single-threaded, multi-threaded and same-threaded system, so you can easier get an overview of the difference between them. 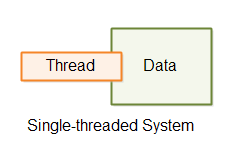 The second illustration shows a multi-threaded system where the threads share data. 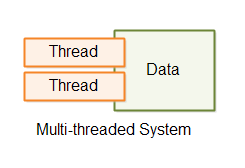 The third illustration shows a same-threaded system with 2 threads with separate data, communicating by passing messages to each other. 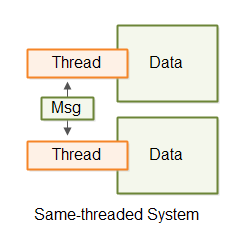 Thread Ops for Java is an open source toolkit designed to help you implement separate state same-threaded systems more easily. Thread Ops contains tools for starting and stopping individual threads, as well as achieving some level of concurrency withing a single thread. In case you are interested in playing with same-threaded application designs, it might be interesting for you to give Thread Ops a look. You can read more about Thread Ops in my Thread Ops for Java Tutorial.