The JavaFX Node class, and thus all subclasses of Node, has the following common properties:

Each of these properties will be covered in subsequent sections. 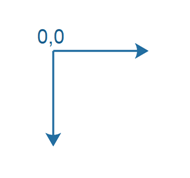 It is possible for a JavaFX Node to have negative X and Y coordinates. 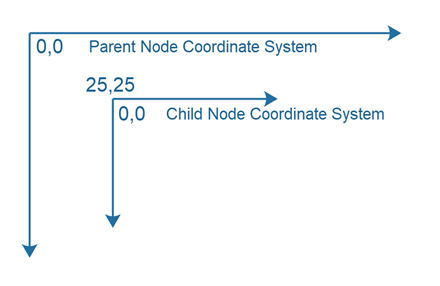 Actually, a Node has 3 bounding boxes:

Each of these bounding box dimensions can be read from their corresponding properties with the same name, meaning properties named layoutBounds, boundsInLocal and boundsInParent.

The boundsInParent bounding box is used by the parent Node (Parent) to layout its children. The parent Node needs to know the total space including all effects, clip and transformations of a Node in order to be able to allocate space for it.

Not all layout classes will respect the layoutX and layoutY of a Node. It depends on what the exact layout algorithm of the parent Node is.

You can set user data on a JavaFX node using the setUserData() method. This method takes any Java object of your own choosing. This way you can attach e.g. business objects to JavaFX Node instances. Here is an example of attaching some user data to a Node instance: